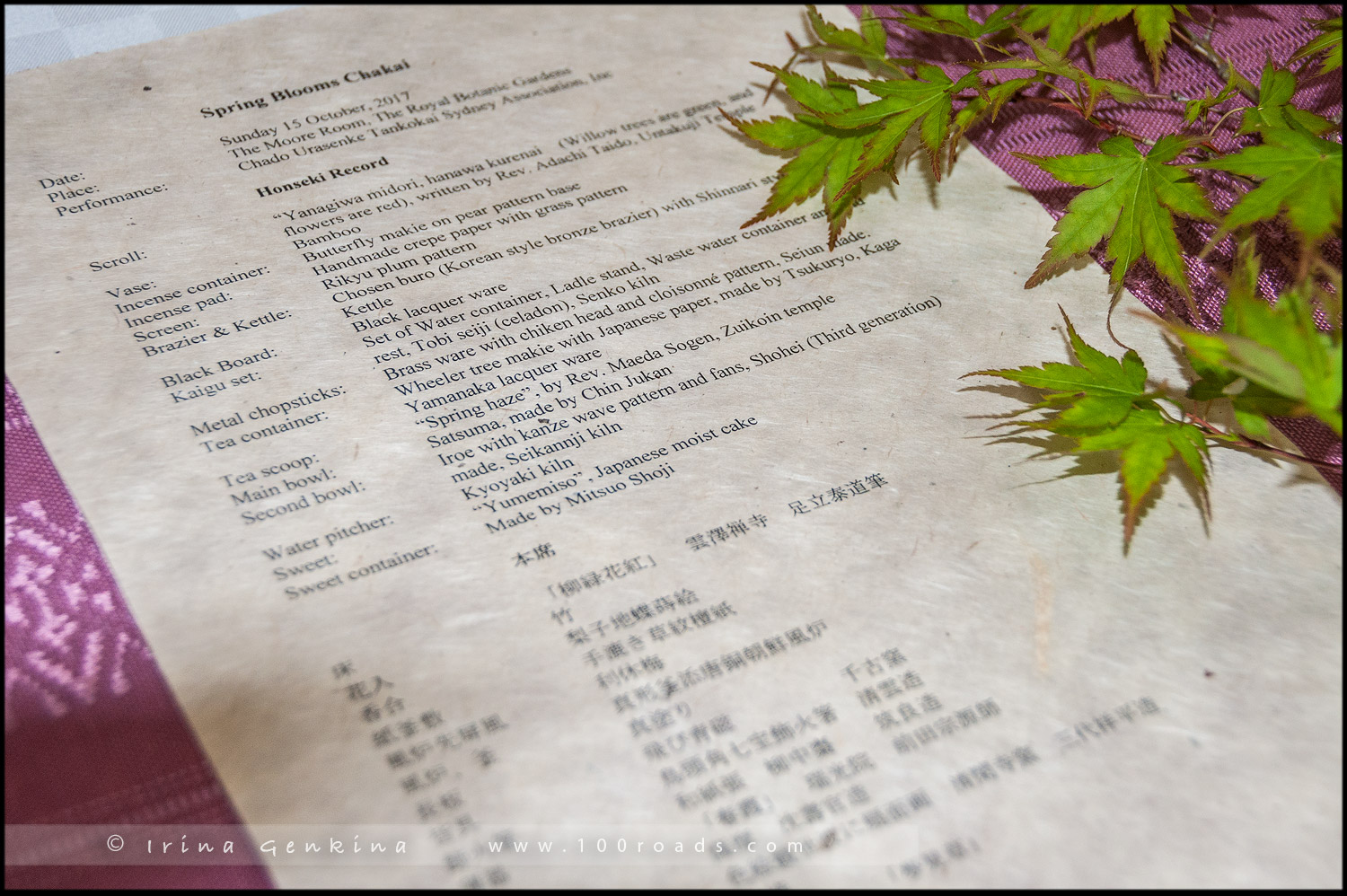 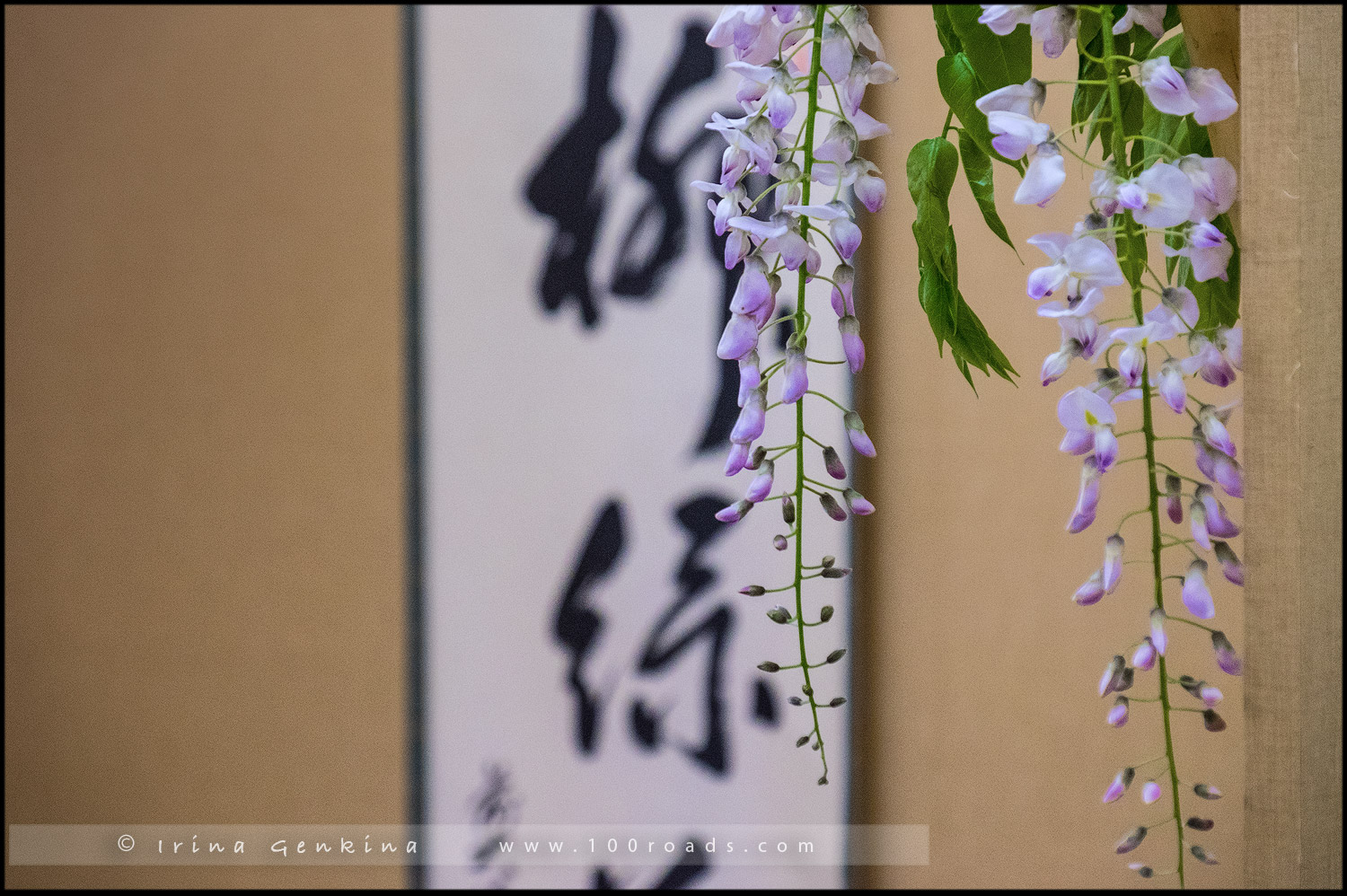 Honseki venue was renovated since last year, so tatami space for demonstration became a little smaller than before, but good things were doors fitted and good sized shelves fitted, so we could close those kitchen doors when our guests moved to the next Misonodana venue. Shelf tops were just right to use for preparation for sweets and tea whisking. Kitchen was also smaller compare to Misonodana seki, but good enough to washing up tea bowls, Mizuya had decent space. It would be better if we could have 3 more Shoji-screens or just ordinary partitions not to show Mizuya near entrance to our guests.

We expected to have 36 or 37 guests on each sessions only in the morning when we started, but all sessions were so busy all day once our demonstrations started 11:00am.
Ms Constance Wang, Consul-General of TAIWAN attended on 11:00 session, Emiko Shirato was teishu and Sachiko- Inuzuka as hanto. Ms Wang enjoyed Neriki sweets “Yumemi-sou” and Usucha “Shohaku, Koyama-en” very much. Her secretary Ms Sylvia and 4 of attendants were also impressed Japanese traditional tea ceremony.

We tried to keep up working the following three busy sessions, Muzuya helpers managed to serve for our guests calmly with smile on their face all the time. Thank you for your efforts to make it work so well as a team. 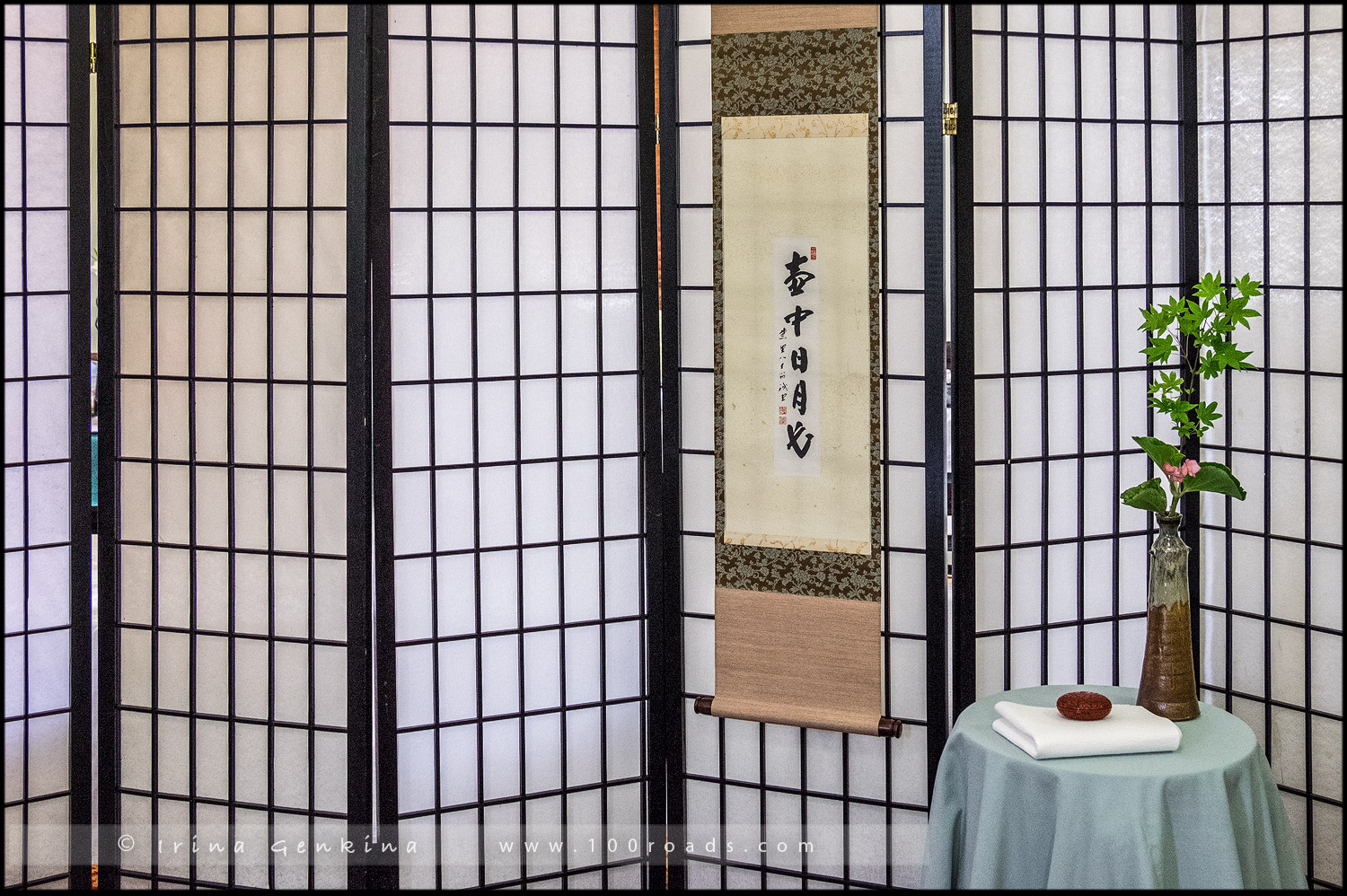 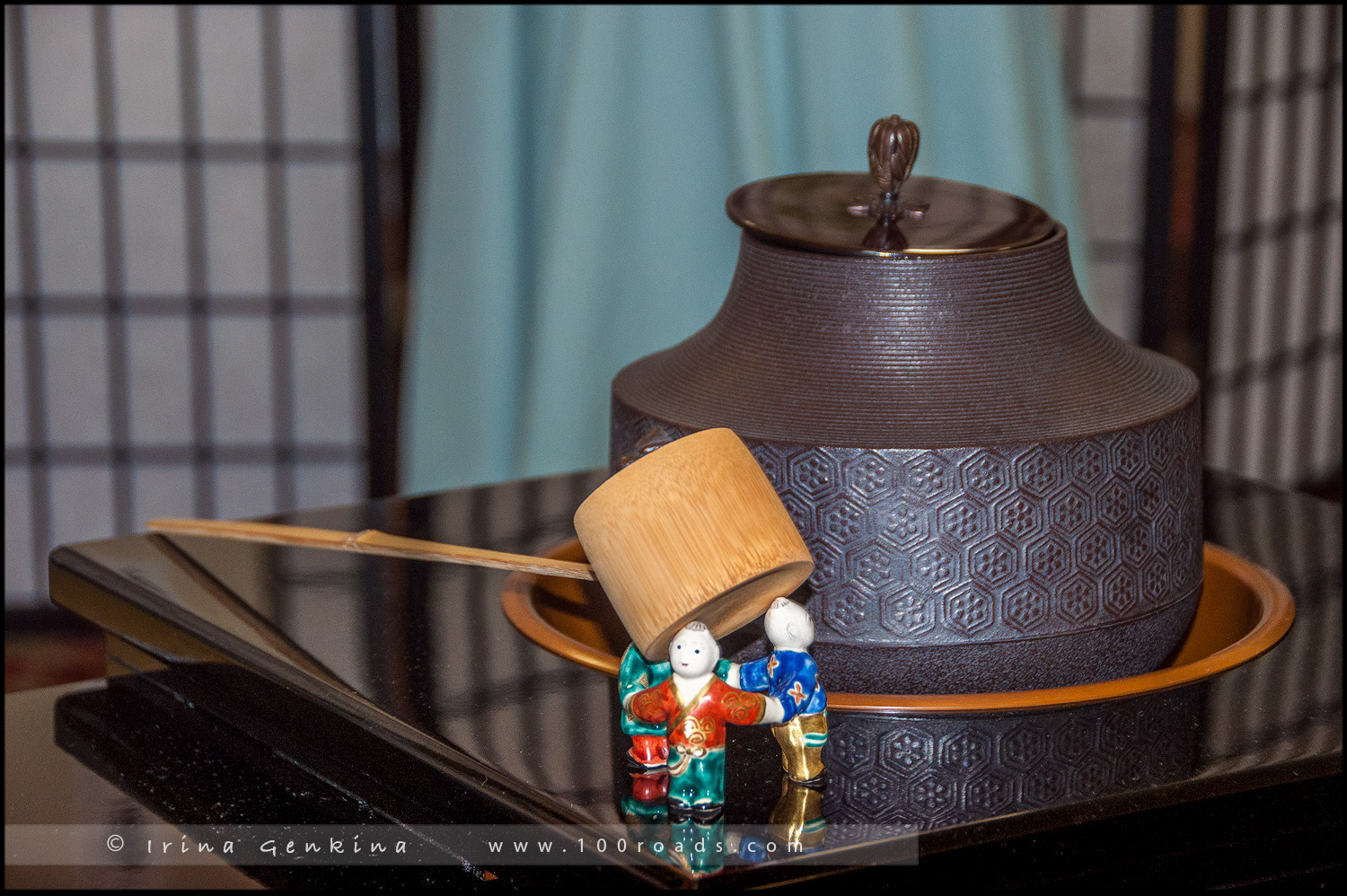 We set black framed shoji screens behind Misonodana, and a tanzaku scroll “Kochu nichigetsu nagashi.” Was hung there. Two dark green partitions were placed at both ends of shoji screens and various types of hanaire were hung with colourful flowers from Leura and Engadine. Also a little table was set in front of shoji screens to display Tsuishu peony kogo and Chosen Karatsu main hanaire.

Mizusashi of Satsuma ware with bamboo and flower pattern, mizube makie hira- natsume, Ninsei-utsushi main bowl, musubi-karakusa second bowl and chashaku named “Kojitsu” were coordinated for this chakai. Many repeaters commended that this year’s setting was the best.

Each member took full responsibility on his/her task. Thanks to this great team work and effort we could achieve one of the best chakai
we ever had. We felt that wonderful harmony ( Wa ) and respect ( Kei ) between the guests and us also between our members were
definitely there.