Mikako sensei organized and invited her friends and students with their families from the Japanese school Chado club to the “Jacaranda Hanami Picnic Chakai in 2022” (花見茶会).

Jacaranda was blooming in time, the weather was very kind to us, and it was a perfect day for Hanami Chakai.

About 20 people gathered and enjoyed a lot of gorgeous and delicious Japanese picnic dishes and Sushi in Jubako(重箱).

After drinking and tasting all the Japanese traditional meals, we had “Nodate” （野点）the Picnic style of the Tea ceremony.

Matcha was “Seijo no Shiro”（清浄の白） from Koyama-en in Kyoto（小山園、京都）, the sweets were 3 types of “Ohagi” were Japanese half-solid sticky rice cake coated with sweet red bean paste, black sesame and soybean powder（おはぎ/粒あん、黒胡麻、きな粉）,  and 2 types of dry sweets “Kangori” （寒氷）sugar candy and “Akita Butter Mochi” （秋田バター餅）dried butter rice cake. All those sweets were made by Mikako sensei, her students, their parents and her friends were so delighted.

Mikako sensei gave the first temae as a host, following her student Izumi (Year 3)   gave the second temae to her mother and friends. What a great effort she had shown since she started to learn Chado in June of this year!

Arriving for this year’s Members’ Chakai it felt like it was mid-winter. Never mind, the tsukubai was filled with warm water for the guests, and the chashitsu was warm. The scroll read Tsuru wa tobu sen-jaku no yuki (Cranes are flying over one thousand feet of snow), written by Rev. Bokudo. The temae took the tsuzuki-usucha (続き薄茶) form. For the main sweet,  Itoko Inoue had made jouyo-manju, “Matsu no yuki” (snow on a pine tree), served directly from a steamer to individual kashiwan. The koicha was also served in individual bowls. The usucha sequence began as shibori-chakin (絞り茶巾) with hana-Mishima cylindrical chawan with a pattern of sacred bamboo under snow.  So, even though the chashitsu was warm, no one doubted that it was winter.

On the 8th of May, the Canberra group had our Hatsugama for 2022 in conjunction with Robiraki.

This is our very first time to hold Hatsugama other than in January or February.  In a normal year, it is a hot and humid day when we have Hatsugama in summer, even in Canberra. That weather usually causes problems such as th e discomfort of wearing a Kimono, with preparing of food, and with the fear of sweating into a bowl while whisking tea etc etc.

Having Hatsugama in May seems to solve all problems.

Everyone attending the Hatsugama was relaxed and cool even when working very hard in the kitchen.

However, due to Covid-19, we had to have alternative procedures from normal.  We began with having Hanabira mochi in two separate groups.

(All members were too busy to take photos of the koicha session). After koicha, it’s time for lunch – wh ich everybody was waiting for.

As it was the first time to get together since last August, everybody enjoyed talking so much that we totally forgot about taking photos again.

After we enjoyed lunch, we did two usucha sessions in the same way we conducted the Koicha session. I wouldn’t mind if next year’s Hatsugama were to be held in May again.

The Chado Urasenke Tankokai Sydney Association conducted demonstration tea ceremonies as part of Sydney Manga and Anime Show is on at the International Convention Centre. The demonstrations was in the Fuji room. Ipodo (event sponsor) has donated 5 x 0.7oz tins (about 20g each) of matcha. 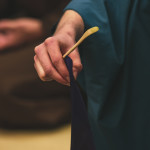 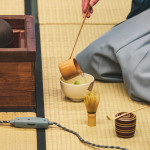 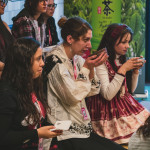 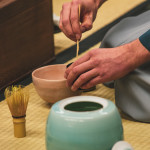 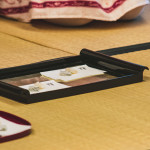 END_OF_DOCUMENT_TOKEN_TO_BE_REPLACED

On Sunday, 30 June we had a members’ Chakai at the residence of Anthony Brien, organised by Yukiko’s Cooksley and Anthony’s Brien groups. Each session include Tsuzuki usucha seki and Tenshin seki. 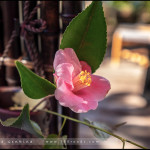 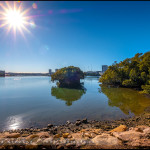 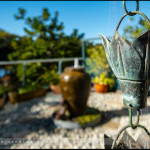 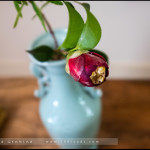 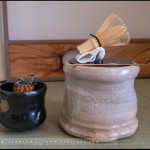 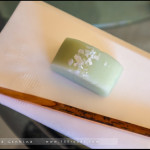