The event was very successful with a full audience (110 people), who were not only from the nearby community but also from Sydney. 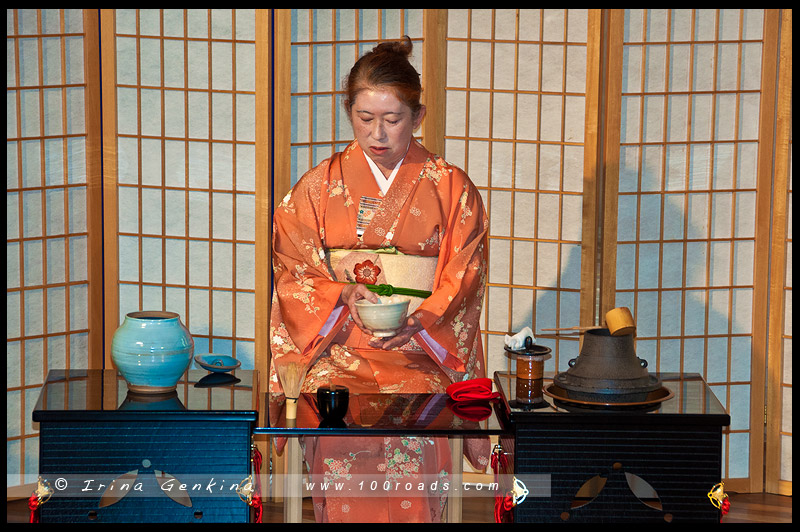 Before the demonstration, Anthony Brien gave a brief explanation of the Tea Ceremony, The teishu, Ryoko Freeman performed Misono-dana temae during music and singing by Satsuki Odamura and Brandon Lee. Hanto, Takeshi Shibata served tea and sweets to the guests, Yoshi Matsumoto and Naomi Sullivan. The music was “Chaondo”, composed by Kikuoka Kengyo more than 200 years ago. The lyrics of the song and the actual movement of the tea ceremony do not correspond. However, it created the right atmosphere for the tea ceremony.

The music performance and the Chado demonstration complimented each other beautifully which created a peaceful and tranquil atmosphere. The audience, young and old, were fascinated and spellbound by its unique experience.
There was an interval right after the Chado demonstration. During this time, we served the audience sweets and bowls of Usucha in a separately provided area, and because of the functional team work, we managed to serve 80 sets during the 20 minutes interval. 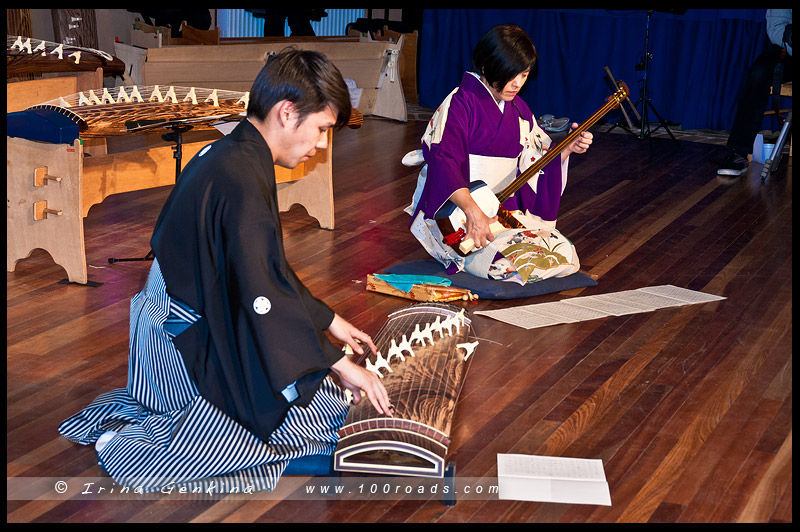 The Koto Ensemble members were inspired to do the same in Sydney in the near future with the Association, because of the great success of the event.