On Saturday 30 November, we performed Chado Demonstration for Naomi Campbell (British supermodel) at the residence of the Consul General of Japan.

Japanese Government wanted to express its appreciation to Naomi, who has donated A$343,000 to the Tsunami victims. Mr. Toashiaki Kobayashi, Deputy Consul-General of Japan and Mrs. Kobayashi greeted Naomi and took her to the lounge which had a Misono-dana set up. Mrs. Kobayashi did temae nicely and Ryoko Freeman helped serving. Anthony Brien explained during performance. Naomi tasted nerikiri a little bit. She sip a mouthful tea and waited for Mr. Kobayashi receiving tea. She wanted to know how to drink tea properly. Mr. Kobayashi drank one sip and continuously drank at once, so Naomi copied him. She enjoyed green tea. 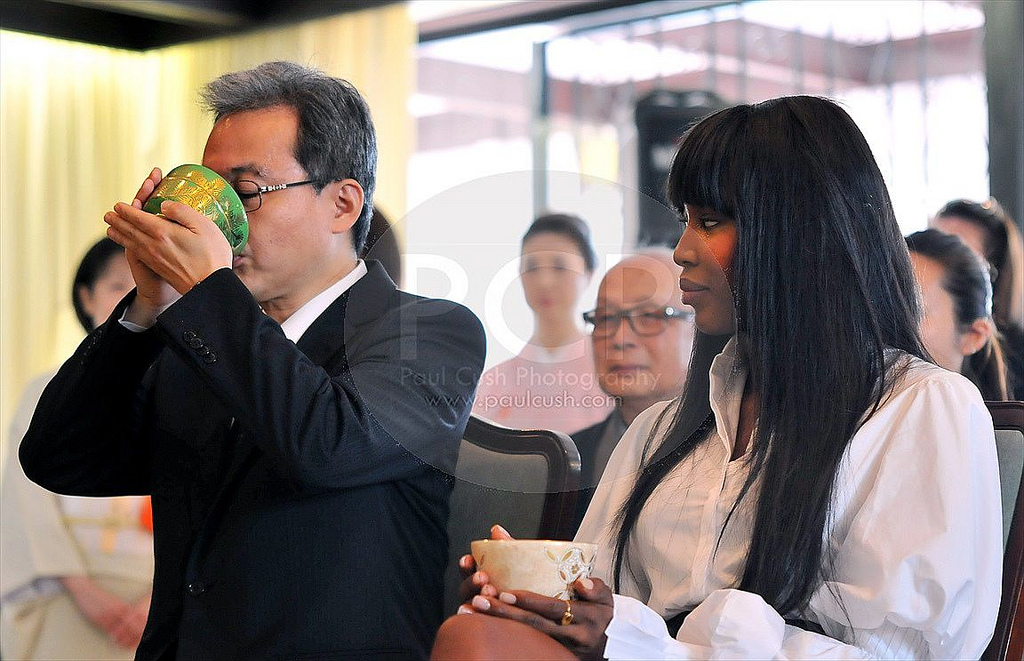 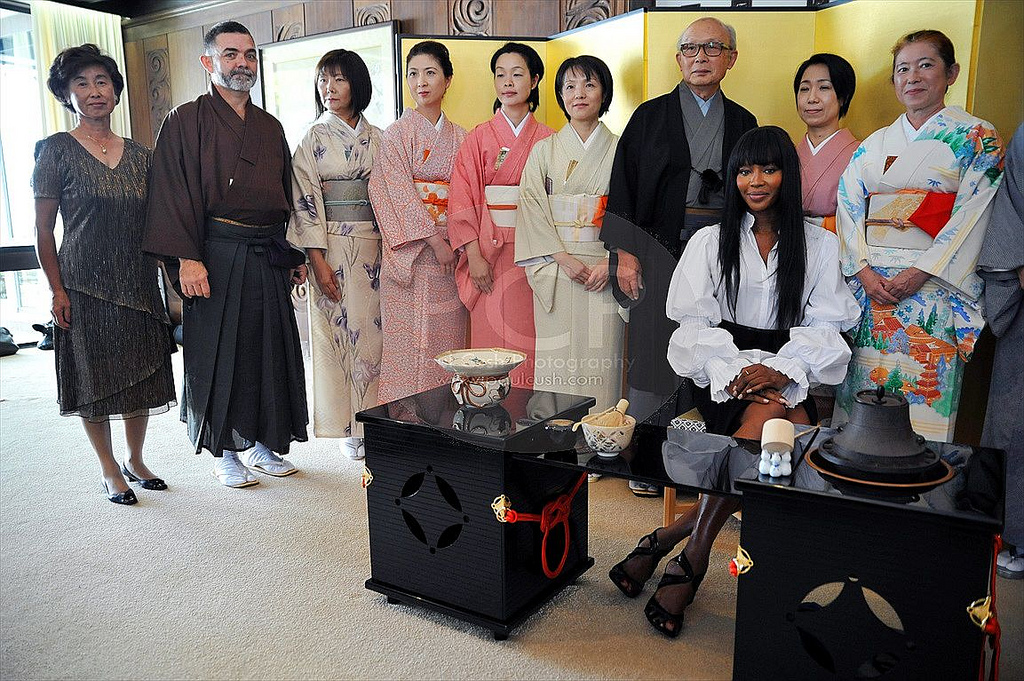 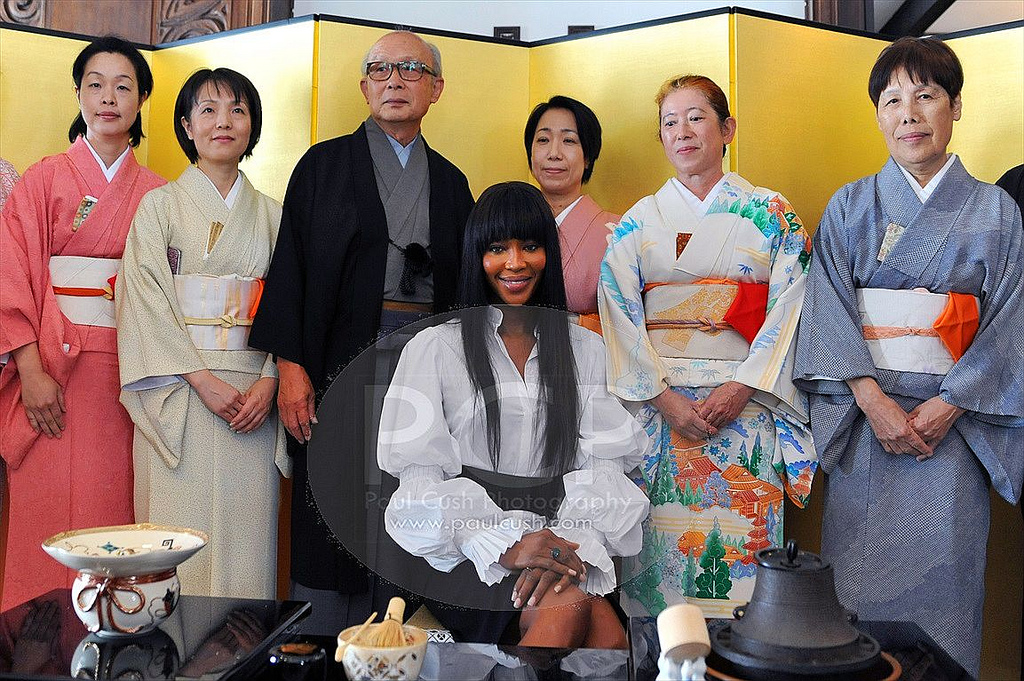