On 6 October (Thursday) 2016, the Consul-General of Japan in Sydney Mr Masato Takaoka held a Foreign Minister’s commendation ceremony and reception on the occasion of the 40th anniversary of the signing of the Basic Treaty of Friendship and Cooperation between Japan and Australia (NARA Treaty) at his official residence. 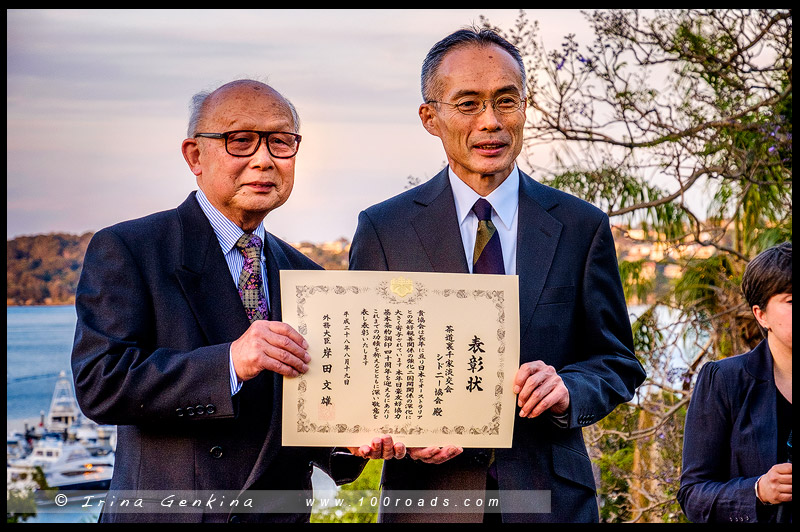 More photos you can see in Gallery – Award Ceremony

The Foreign Minister’s Commendation is awarded to those who contributed to strengthening the friendship between Japan and Australia and deepening the bilateral relationship.

Since founded in 1973 as the Sydney branch of Chado Urasenke Tankoukai, Urasenke Tankokai Sydney Association Inc. has been contributing to the promotion of Japanese culture and the friendship between Japan and Australia through the art of Chado, Japanese tea ceremony. The association offers opportunities to experience tea ceremonies to local residents in Sydney, Newcastle, Canberra, Blue Mountains and Dubbo, etc. and one such example is the annual tea ceremony at the Royal Botanic Garden in Sydney.