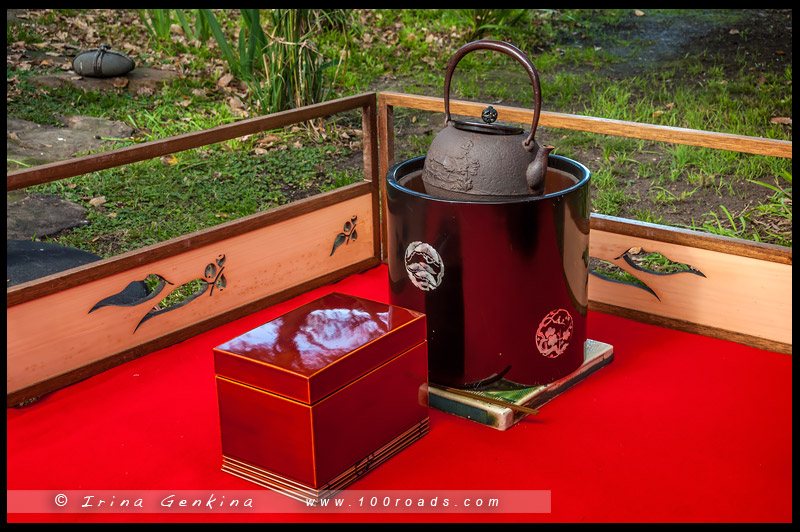 This is the first Chakai which we, Newcastle Gecchakai organized and hosted.
Luckily Ryoko sensei gave us quite long period for preparation.
However it was not so easy task for us.
Once we had decided to have this Chakai at Robert’s place, we made good progress of the preparation.

As many members know, Robert is a potter who makes many types of Cha –dogu (Chawan, Chaire, Hanaire etc.). About 4 years ago he built Cha-shitsu in his back yard. 3 tatami mats Cha-shitsu with Toko-no-ma, Mizuya and Nijiri-guchi. It was named “Roan”.

So we decided to have “Koicha” Temae at “Roan” and to use Cha-dogu which is owned by Robert. He loves Karatsu ware. So we used Chawan, Mizusashi, Chaire and Kensui from his Karatsu collection.

Also we would like to have “Chabako” Temae (Usucha) at garden. Putting red rug on the ground and also setting red umbrella beside rug.

Lucky enough it was the best autumn weather. No wind, Warm sunshine, blue sky, bird singing and maple leaves started to turn reddish colour…
we are quite sure that all members enjoyed atmosphere and the Tea as well. 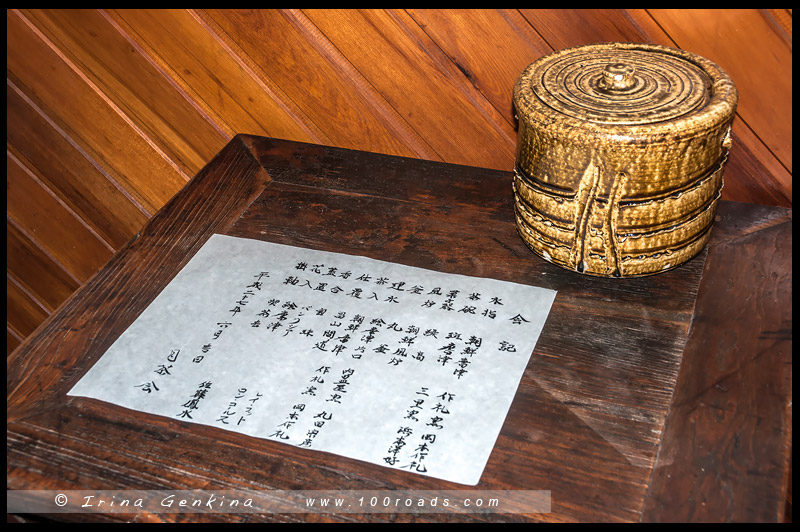 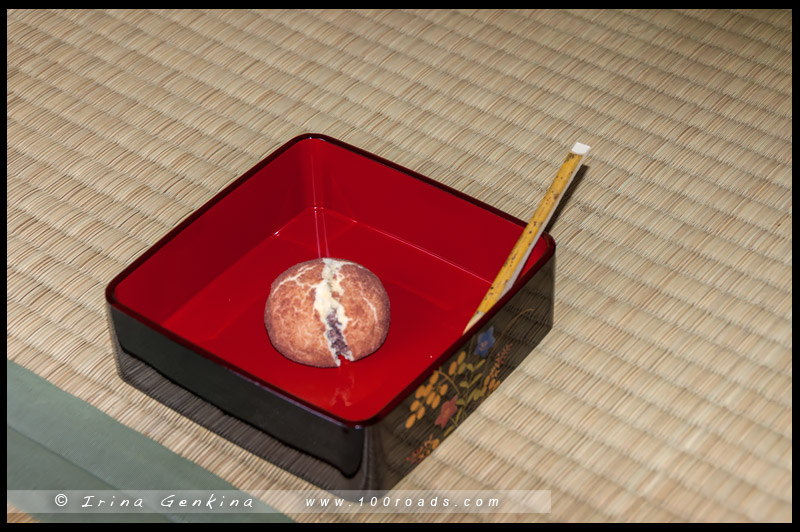 Probably we were not perfect hosts. But many members expressed their pleasure and enjoyment of the day. We all appreciated. Most of our group is still beginner’s level. Through this experience definitely we are encouraged to learn more. Not only making tea but also other things like; learning about dogu, wearing kimono and hakama more properly and so on.